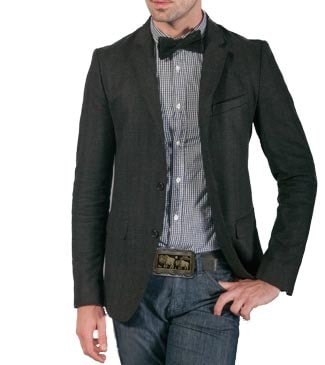 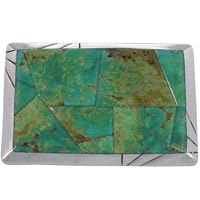 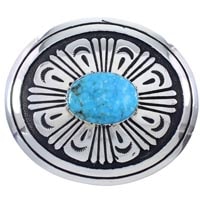 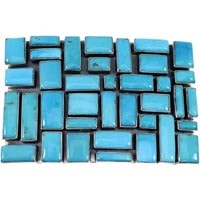 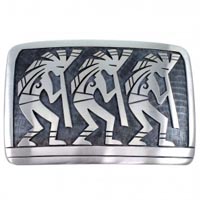 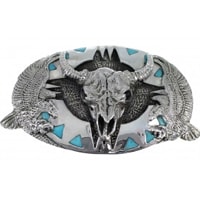 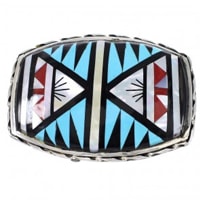 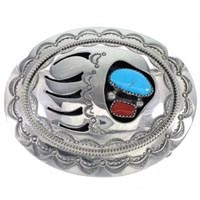 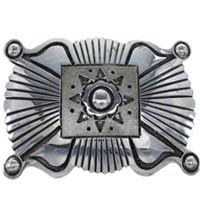 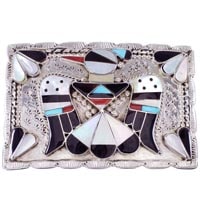 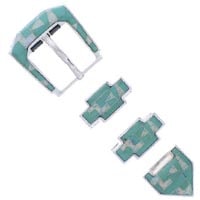 Mens belt buckles are best known for being worn by legendary cowboys and kings of the rodeo circuit. However, mens belt buckles also have a backstory as interesting and captivating as those who wear them.

In the 19th century, mens belt buckles were created to replace suspenders. These buckles were mainly used to clasp leather belts together, making them a favorite of rangers and those who worked on a ranch.

Today, mens belt buckles are worn by men of all ages and cultures. In addition, the biggest rodeo stars in the world are presented with these prized plates in honor of their ability to outlast the competition inside arenas around the country.

It's no surprise that mens belt buckles are associated with cowboys, ranchers and bull-fighters. Whether it's American icons like John Wayne or the rodeo riders of today, mens belt buckles continue to be a staple of southwestern-inspired wear.

Turquoise belt buckles are typically the most coveted of all the buckles within our inventory. Along with its aesthetic value, turquoise is believed to hold many spiritual qualities that will also benefit the wearer. Turquoise is just one of the many stones featured in our collection. Corals, onyxes and many more will take you down an incredible historic journey that you'll want to wear every day. While browsing the mens belt buckle collection, don't forget to take a glance at our impressive collection of bolos, necklaces, watches, rings, bracelets, pendants and much more. You can also become eligible for exclusive discounts, sales and promotional offers by signing up for SilverTribe's mailing lost. There's no charge to sign up and the benefits are nearly limitless.

You can celebrate the past and show off your style in the present with mens belt buckles from SilverTribe!