Breathtaking, one of the most intricate Kachina Dolls we have ever had!

The Hopi Warrior Kachina acts as a policemen and is meant to bring a sense of security.

Lowell Talashoma was born January 23, 1950 on the Hopi reservation in Nothern Arizona. It was clear that he was a natural artist, as he made intricate drawings and carvings extremely advanced for his young age. He has since become a highly regarded carver and received numerous awards for his exquisite craftsmanship.

This Kachina Doll is made of cottonwood root and is signed on the bottom of the base "Lowell Talashoma and Kerry Lyle David". Kerry Lyle David is from Walpi on First Mesa. He was born 1963. He has been carving one-piece kachina dolls since about 1985. Kerry uses only hand tools in making his carvings. He credits his skill to the teachings of his grandfather, Abbott, his father, Leslie, and his uncle, Gorman David. And he says he has also been influenced a lot by his uncle, Neil David, Sr., and from watching other master carvers such as Cecil Calnimptewa and Lowell Talashoma, Sr. His inspiration, however, always comes from watching the Kachinas in the dances. Kerry and Loweell's work is featured in Theda Bassman's Hopi Kachina Dolls and their Carvers, Helga Teiwes' Kachina Dolls, The Art of Hopi Carvers, and The Hopi Approach to the Art of Kachina Doll Carving by Erik Bromberg, among others. If you would like to see  more pictures of the doll please let us know. We are PROUD to bring you another remarkable Kachina Doll! Dolls like this one are the reason we are the #1 NATIVE AMERICAN ART SELLER!

We GUARANTEE AUTHENTICITY on all of our Kachinas. 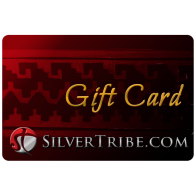